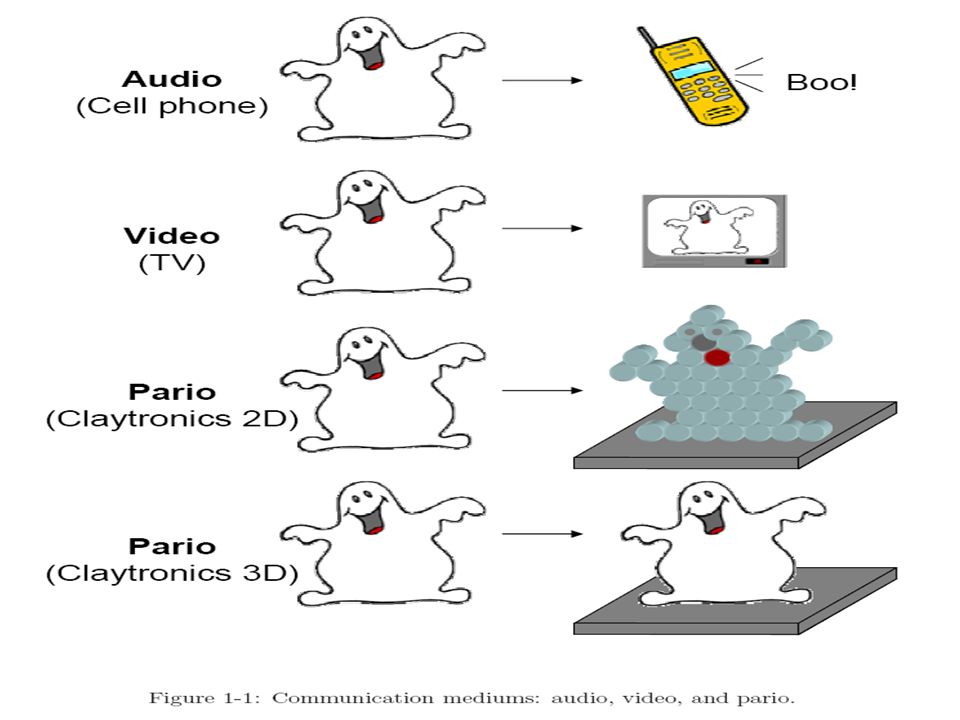 Claytronics is a physical computing concept that combines nano-scale robotics and Computer Science. It is a programmable matter which is being developed and researched at Carnegie Mellon University by Professors Seth Goldstein and Todd C. Mowry, as well as graduate, undergraduate students in collaboration with Intel Labs.

Claytronics is a collection of solid-state components called catoms which attract each other to create objects. Modern catoms (as of 2009), attract each other using electromagnets. Magnets, however, don't work too well on the microscopic scale so they are looking at other possibilities such as electrostatic attraction.

In the future, artists using claytronics would be able to create plays/movies using fake people. A popular idea is a 3D fax machine which scans the inputted object and "prints" the same object using the programmable matter on the other end. Robots and other items that break can fix themselves by just reforming into their programmed shape (i.e. T-1000 from Terminator 2).

Such systems could have many
applications, such as telepresence, human-computer
interface, and entertainment.