Uncanny Rd. is a project by Anastasis Germanidis and Cristobal Valenzuela meant to explore the capabilities of machine learning. Users are prompted to create a semantic colormap of a scene in which each color represents a different kind of object, and the algorithm subsequently fills in each region with a photographic rendering of its corresponding object type. The neural network was trained on a number of images of German cities.

In particular, I like the post-apocalyptic, decaying atmosphere depicted in the unsaturated images produced by this project. The mosaic-like composition and warped objects are reminiscent of surrealist and Dada artworks. Due to the limited source material on which the neural network was trained, the images consistently retain a sense of place, independent of their composition or level of abstraction. Both the intricate detail and blurred ambiguity of the images allow for users to use the images as brainstorming material for constructing fictional environments. 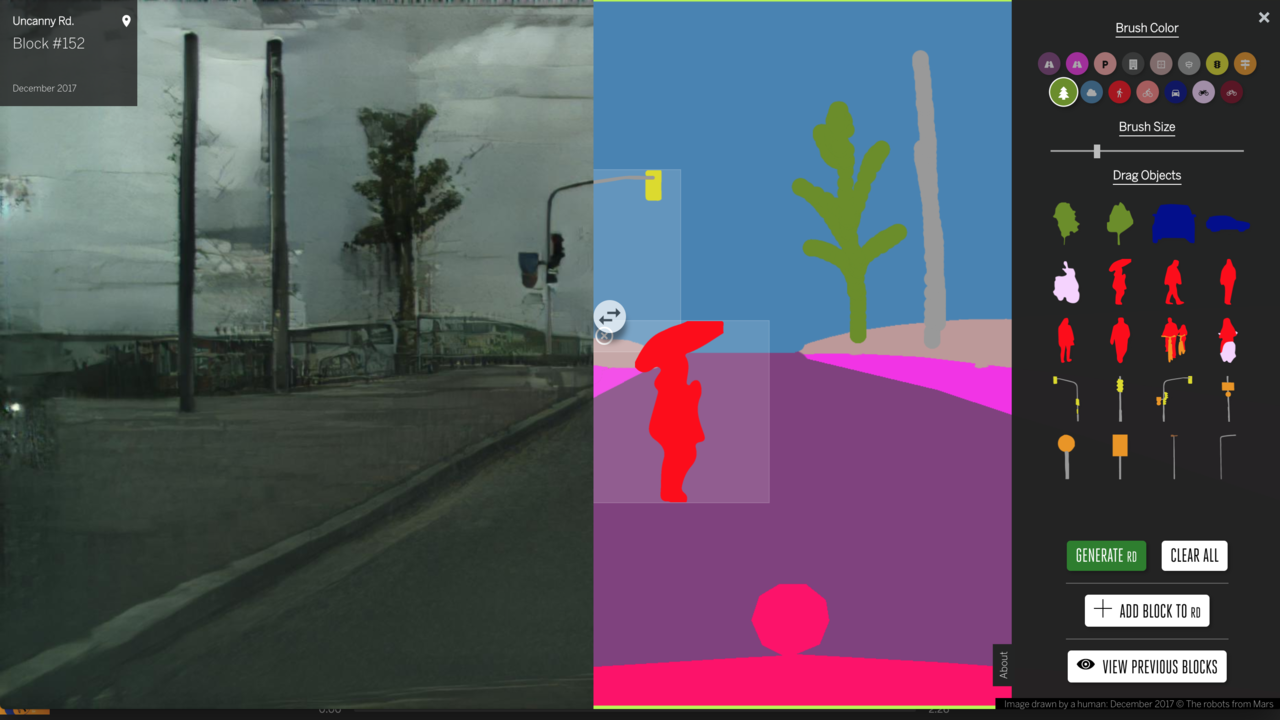 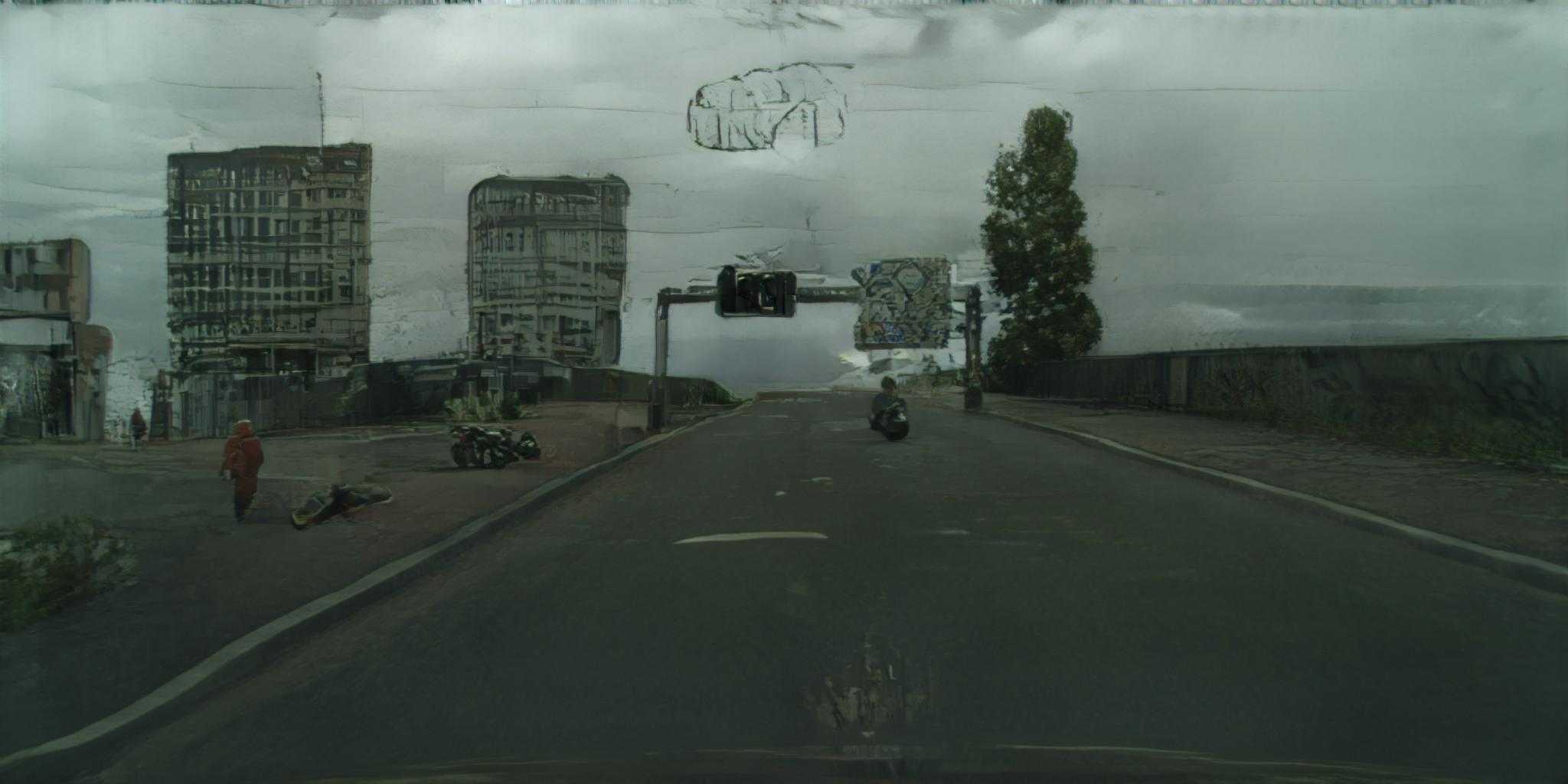 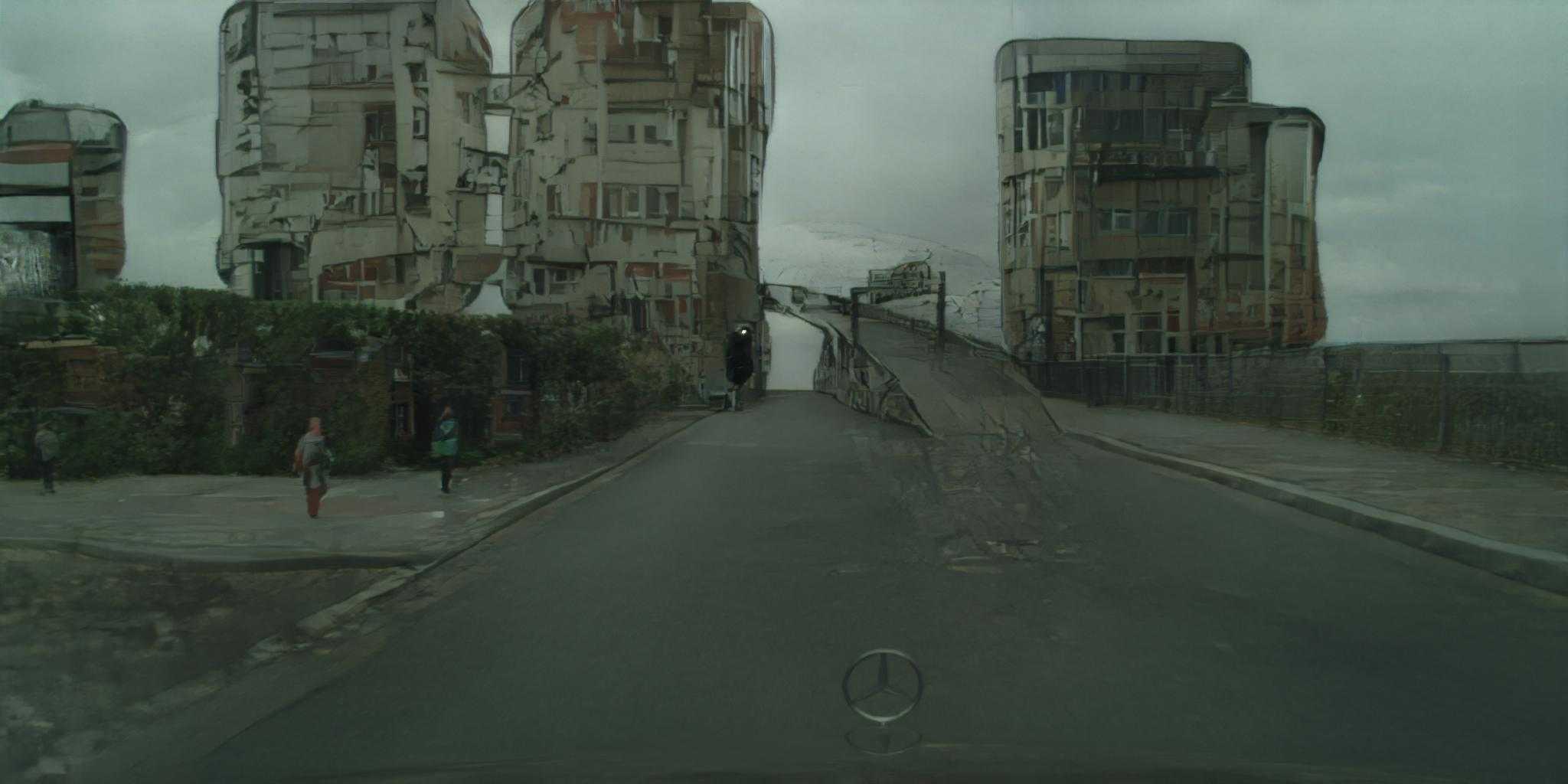 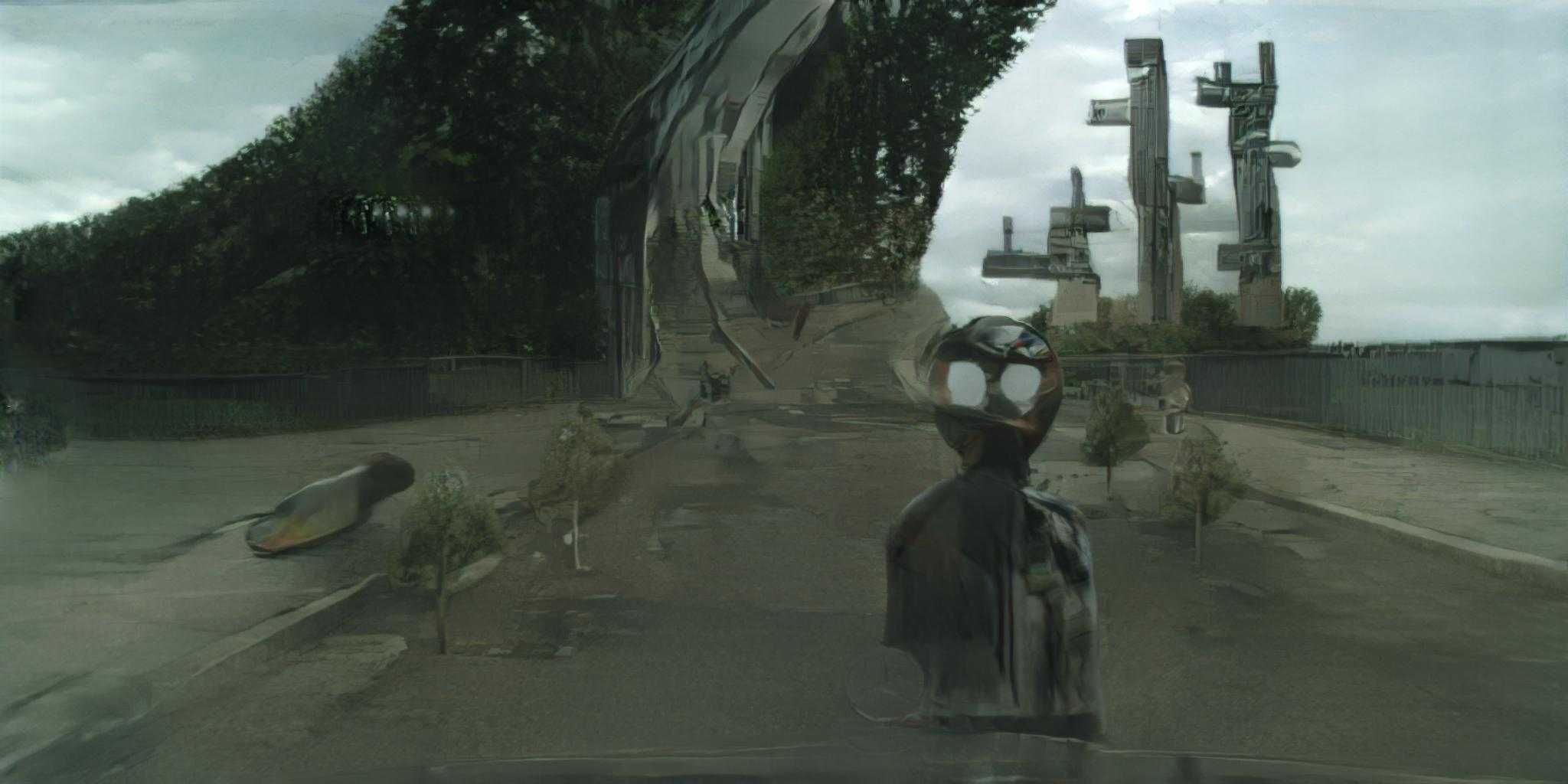