For this project, I scanned in 13 found slides. I then edited the file information in text and audio editing software and converted it back to an image file. This conversion and loss of information results in “glitched images”. I then printed these images as “slides” again, put them in slide holders, and projected them with an old school slide projector.

This project was largely an exploration of how information that gets lost in translation, and how the loss of information for digital and physical media isn’t exactly comparable. The context for these found images has been lost; through time, damage and change of ownership. Whatever memory or story they are able to tell is unreadable to me, much like damaged files that may be unable to be opened, whose detail and information have been lost over compressions and conversions and uploads.

if not fufilled the hand will get mad at you, ignore you, friendship/whatever will wither

4 Actions:
-keep or break a promise (pinky swear)
-Tell a truth vs a Lie
-hold hands
-play a game/high five

-Click on shapes to turn drums on and off

One Project I was disappointed by was “Bros Swiping On Bros”, in which an artist hacked tinder to get men to talk or flirt with each other, while they both thought they were chatting with a woman. While the aim of the project was to highlight the harassment experienced by many women on tinder and give men back a little of their own medicine, I’m not sure how well it worked. In the end the conversations between these pranked men were presented as humorous, and largely devolved into trying to clear up what gender the other person was, bringing along with it undertones of homophobia and transphobia. 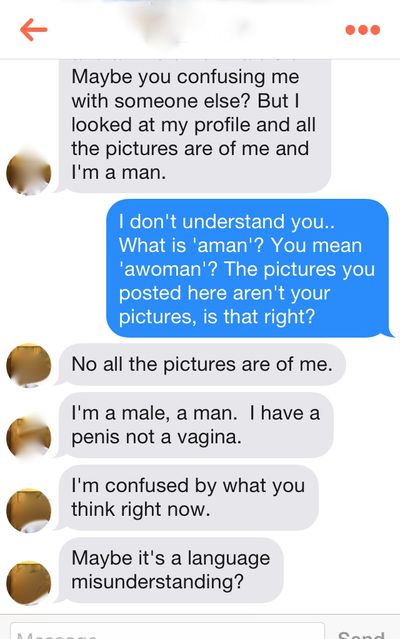 One Project that surprised me was Jenna Sutella’s work “Orgs”. This is a body of work containing performances , sculptures and installations working with slime mold. Slime mold is a very simple organism with no brain, but is able to create a certain kind spacial awareness and memory including figuring out shortest distances in an effort to find food and favorable living conditions. Sutella makes works containing and growing slime mold, but also creates works and performances based on its systematic way of “thinking”, which she compares to computation. I thought this was an interesting conceptual leap away from just the literal use of the slime mold as material. A piece that I liked a lot was Axon, by Joris Strijbos. This is a sculptural light installation. The structures are equipped with speakers, lights and sensors, and respond to each other as they move. The programming is inspired by the question of synesthesia would look like in machines. The patterns made by the sculptures are all generative and constantly changing as they interact with each other.

Oscillations. Or the grace of unpredictability 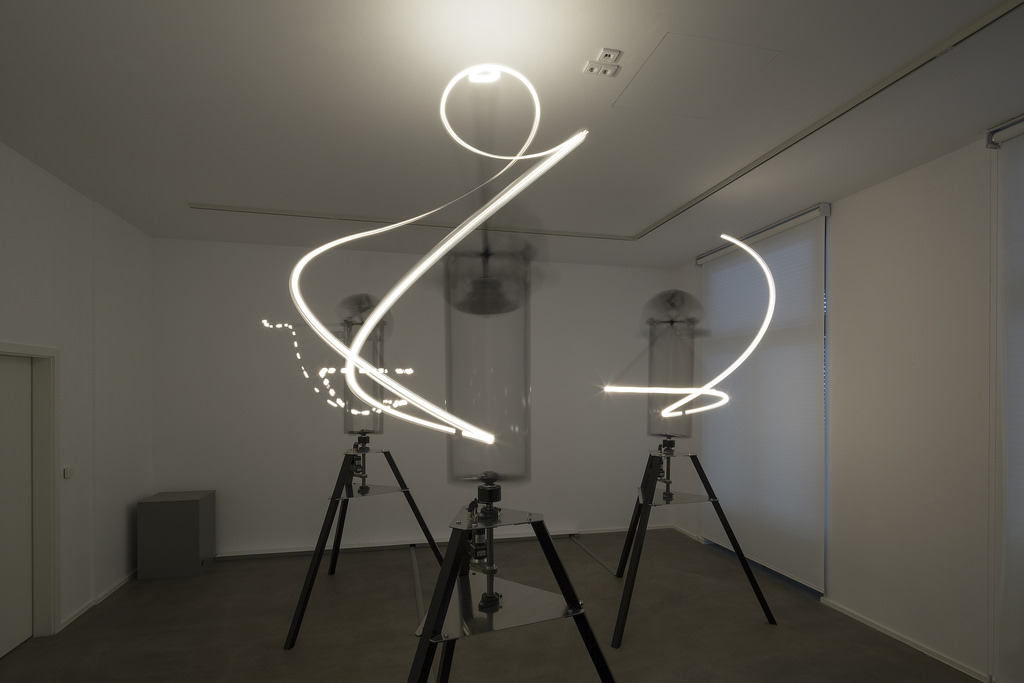