I created a daily makeup generator thats shuffles separate eye, cheek, and lip looks to create random combinations. I would use the the generator to determine my make up look for 4 days and I would wear them to class. I documented the process of my looks on SnapChat. Some looks were definitely better than others…

You can see all four looks on my snap story.

Click objects in the background then use the icons below to appease Pilar. 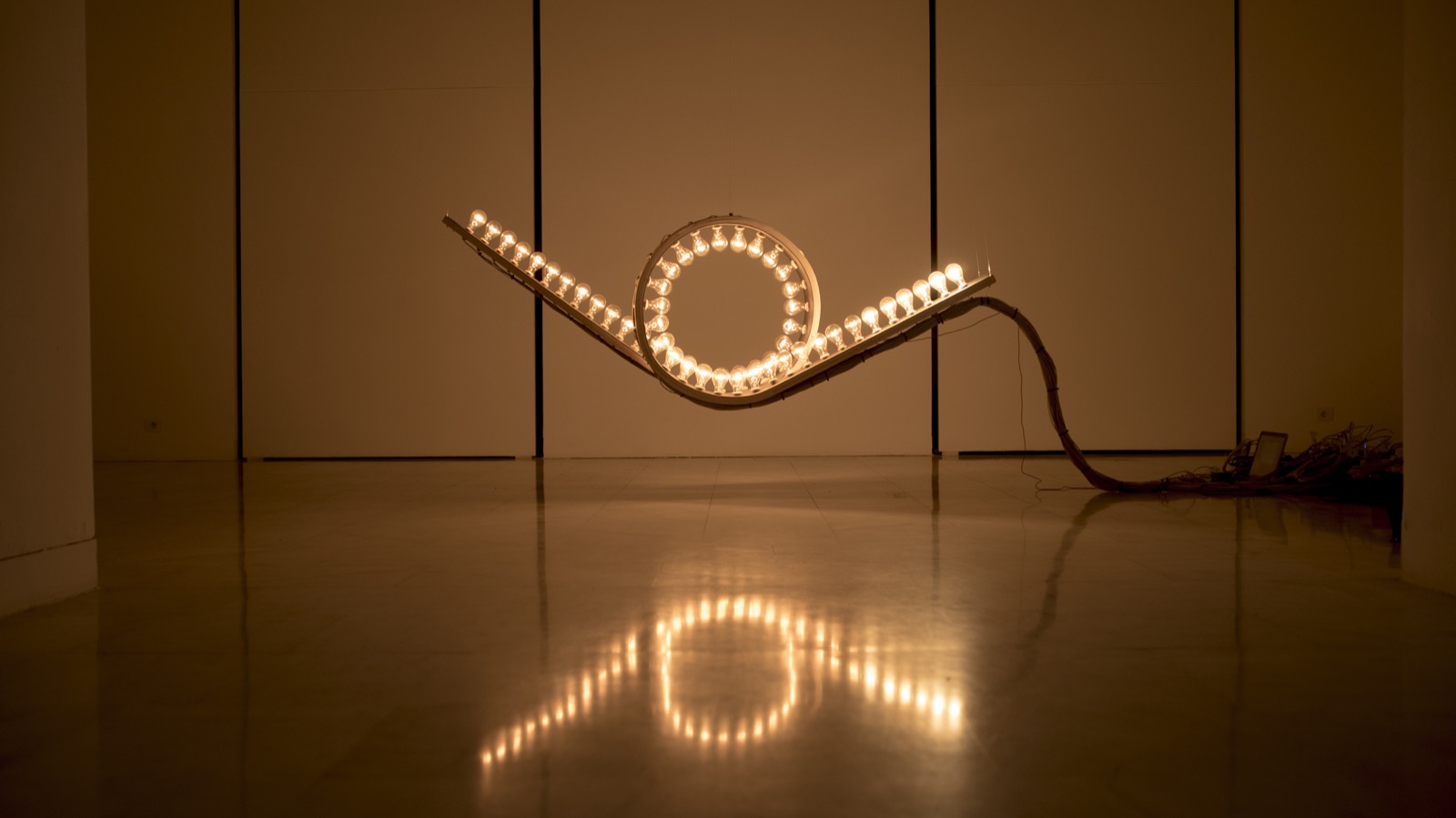 This piece is an interactive installation that simulates physics in the form of light. A domino like reaction is set off by a tap on the first lightbulb causing a chain reaction as the lights “overcome the force of gravity” around the loop and back until the light runs out of strength.
Comments – The simplicity of this design is what I truly admire. This work is so technologically and scientifically driven but it is masked by the gorgeous presentation. I also really liked this piece because I am a sucker for artwork that incorporates light. This piece is hypnotizing and would I love to interact with it. It makes me see the connection between science, technology and art in a more interesting way.
Surprised – Uncivilized Yourself by Maverick Christian
https://vimeo.com/174716066

This 15 second video is a representation of an imaginary virtual reality system calls I/O. In this virtual reality you wear a device around your neck that allows you to see and transport into a world without rules, where the participant’s “inner wildness” could be “unleashed”
Comments –  Off the bat the video itself is very shocking due to its content. At first I thought it was an advertisement for people to engage in “Purge” like  activity. Upon further reading it seemed no different than a virtual reality video game just more realistic and scary. One thing that I found interesting and contradictory about this work was that the virtual reality is supposed to “unleash” you but the device that needs to be worn in order to enter the world is a collar.
Disappointed – random_sea (2016) by Semi Kwon
https://vimeo.com/176281613

This 3 minute video follows the journey of a small sailboat across bubbly water. As the boat travels the colors of the sky and the sea change to the rhythm of a song.
Comments – At first I was intrigued by the thumbnail of the video due to its interesting colors. But once I watched the whole video I was so bored with it. There was no added motion to the boat as it sailed straight over a bubbly sea. There was also just a chaotic flashing of bubbles thats were not limited to the sea in order to represent waves. The first combination of colors looked intentional then towards the end it just looked like the creator applied kiddish filters onto the projects like black and white or increased saturation. On top of it all there was a cheesy tumblr vibe added to the video with the inclusion of a song. This video could benefit from an addition of spacial depth and an intentional use of bubbles, filters, and removal of the music. Doing so would help bring this project to a higher level of sophistication compared to its current state.